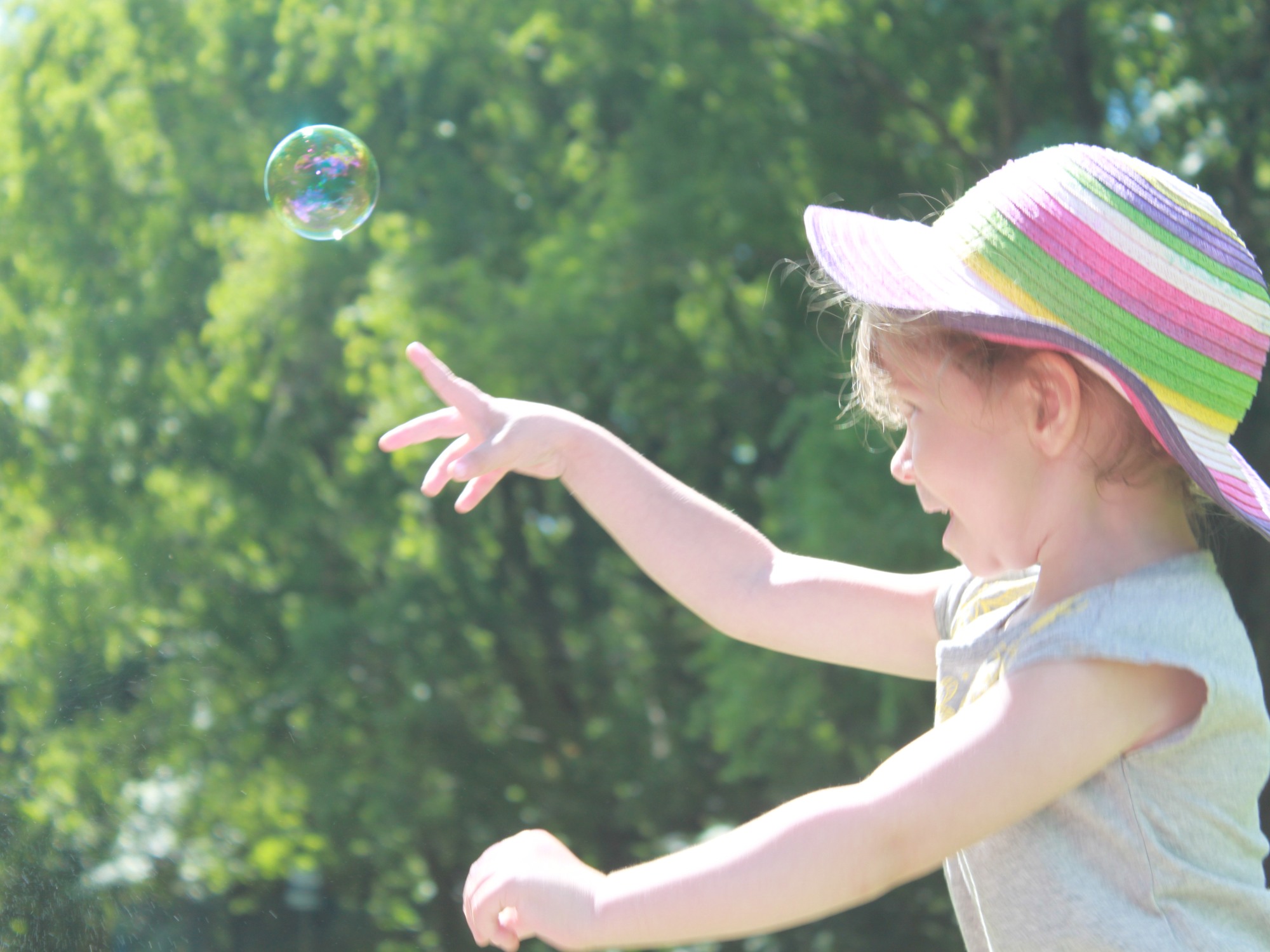 Growing up, my parents, especially my mom, made a strong effort to keep my brother and I active and educated. Many weekends (or even over school breaks) we were kept busy with family trips to the Royal Ontario Museum, the Ontario Science Centre, the Toronto Zoo, or a number of other educational, exciting places. I loved those trips. Sure spending a day at home in front of the TV now and them was fun. Rainy days with a movie and popcorn still brings back happy childhood memories. But man, when my mom would ask us “where do you want to go tomorrow?” I always got excited!

“The Science Centre has a circus exhibit on! But the ROM has DINOSAURS! But it’s such a nice sunny day out to walk around the zoo!” Even local places such as the Peel Heritage Complex may not have been as big, as well funded or quite as exciting as the others, but they were still tons of fun, and had the plus side of not long car ride. The fun was only minutes away! (Not that it mattered to me at that time, but I’m sure my parents were happy that the small attractions are also generally cheaper!). Each one of these places never failed to capture my attention, inspire me to learn more and discover.

Then there were the days when I couldn’t do things because I had this previous obligation which lasted about 13 years – school. Every kid hates school right? Having to get up early, there’s no TV or video games there, you have to listen to someone talk all day. You had to remember what they were saying and take tests! That’s one way to look at it, and sure, there were days I really did not want to be there. But there were also days where I didn’t want to be anywhere else! Along with parents who valued my education, I was lucky enough to have a lot of teachers who did too, and a couple, who were absolutely passionate about sharing knowledge! One of the most influential people in my life-long career of learning were teachers.

For a few years my mom worked night shifts so that she could take care of the house, and those two little things running around messing up said house (ie: my brother and I) during the day when my dad was at work. During those years she also spent a lot of time volunteering in our classrooms. When my brother was in grade one, I was not yet in school, so I would get to go with her and spend the day learning older kid stuff. Even though I wasn’t actually one of her students, the teacher, Mrs. Kerr, always made time for me too. She nurtured my curiosity and made me believe that I could do virtually anything with knowledge. She challenged me to keep up with the older kids, build on the little bit of knowledge I already had and discover a whole world other kids my age wouldn’t know for another two years! And sure enough, two years later I was one of her students and again I saw and felt the same passion for education not just towards me, but every single one of her students. I still recall lessons I learned in that class room as my basis for understanding the [at the time] unimaginable concepts I discover today.

Now, a couple paragraphs back, I admitted that ya, sometimes a day at home is really nice. Those day trips were fun, but man were they exhausting, and sometimes uncomfortable. Besides, at home I had TV and toys to play with! My mom wasn’t big on the idea of TV. She encouraged us to go outside, read books, or even just play with our toys and foster our imaginations. Now, let me get this out of the way now, as I’ve grown up, I’ve come to love TV more and more, but as much as I love it, I still recognize that there’s a limit. We can’t just sit in front of it all day every day and do nothing else. I’m grateful my mom did limit our TV use. I would have liked a little more leniency with it, but given the choice between what I had or a TV baby sitter, I’ll go outside and read my books. Anyways, I think I’m rambling….When my mom did let us watch TV, she tried to keep it educational. So this paragraph has been a long lead up to me talking about one of my favorite shows, even to this day. Bill Nye the Science Guy!  For half an hour (including 8 minutes of much needed snack and potty breaks) I’d be whisked away to Nye labs where every corner of every room was filled with something fantastic! A Huge model of the Sun, filled with over a million tiny Earths, Copper wire and batteries making electro-magnets, or aquariums filled with liquids, each demonstrating different properties! It was an arcade of learning and discovery which I would have given anything to visit. Bill Nye managed to capture the imagination and curiosity of almost every kid I knew, even the one who in school had no interest in learning. He even appealed to adults! Spanning the gap of ages and making learning truly fun was something that very few other science communicators have ever managed to do.

My childhood was filled with amazement. Every where I looked, my parents, my school, even my TV, something new was waiting to be discovered. All that build an unbreakable foundation, which has lasted my whole life, of a thirst for knowledge, discovery and understanding. Science makes me smile, it gets me excited (Is that a graduated cylinder in my pocket or am I just happy to learn?)! Last year I decided that I wanted to never stop learning. I mean, I decided that when I was little, but last year I decided to really do something about it. I started a learning journal. I make sure that every day I learn at least one thing and I write it down. The stuff I’ve learned is incredible, and I can’t wait to see the stuff I have written don in a year, a few months, or even tomorrow!

Now I’m helping my girlfriend raise a little girl. She isn’t my daughter, but as long as I get the privilege to be in her life, or any other child’s life, I want to do whatever I can to build that same foundation I had. And here’s the most amazing thing to some people. She wants to learn! Parents these days (the majority of what I observe, there are for sure some amazing parents out there like I had who I do not include in my generalized statement) seem to think it’s easier to just put a kid in front of a TV and let them stay there until bed time.Interact with them! Even if educational shows are on (which by the way, I still have yet to see another show which appeals to kids the way Bill Nye did and still educate them in the same capacity), they will learn a hundred times more by having a parents, or someone they look up to interact with them. Talk to them about what they just saw, try experiments with them to demonstrate and reinforce what they’ve learned. Take them outside and do stuff!

We’ve gotten ourselves memberships to the Zoo, ROM and Science Centre (I swear one of these days we’re also going to renew our membership with the Royal Botanical Gardens!) and we love taking our little girl on day trips there. We have fun, she has fun, and she learns! I’m some times amazing at what she knows. I do my best to expose her to science and teach her what I know, but I don’t always expect it to stick at the age of five….but then sometimes she comes out with stuff which is just plain impressive. “Mercury is closer to the Sun than Venus, but Venus is hotter because the heat can’t get out through the bad gasses” WHAT!? How does a five year old understand the runaway greenhouse effect on Venus!? Because children are knowledge sponges, that’s why! She sees or hears something and wants to know why. So we tell her, we show her, and we try our best to make her understand. I know not all families can afford memberships, or even single trips to some of these places (though I recommend having at look into it, it’s cheaper than you may think), but there are other ways you can engage children in learning. Get them some cheap things to learn with. Go get a compass and a magnet, buy them a magnifying glass from the dollar store, do thing as simple as blowing bubbles, instead of constantly buying them candy and useless toys which get played with once and either break or get buried under other useless toys, save up and buy them a telescope for Christmas. You’ll find it’s rewarding to see your child’s face light up with true amazement when they see the details of the moon, magnets push and pull each other without touching or a thin layer of soapy film float towards the sky. When kids learn to value the things which help them learn, they will value the thing they learn even more.

I really think today’s society needs more education. Not just institutional education, but parental education, and self education. What’s happened to the curiosity which brought people together for the 1851 World’s Fair (not many people know it, but the World’s Fair is still being held every 5 years!), or drove people to look into the sky and discover what all those little lights really were? It’s been replace by willful ignorance. The view that people who read books instead of fashion magazines are losers. A compliance that as long as you look just like your favorite celebrity nothing else matters. I challenge everyone who reads this to try and bring out that innate curiosity in your self. Learn something new, be inspired by the science all around you. If you don’t know where to start, watch what I think is the best documentary series to come out in the last 30 years (probably since it’s predecessor) Cosmos: A Space Time Odyssey (it’s available on Netflix, DVD and probably pretty much any website which streams videos). It speaks to all ages in a way which is entertaining, inspirational and easy to understand for all ages, yet you still walk away having learned more than you thought you could in 44 minutes and wanting to watch more.

3 thoughts on “Sharing My Passion”