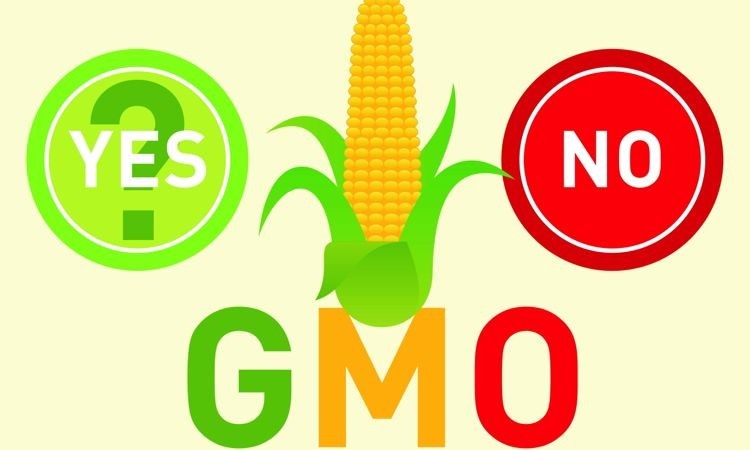 Before you start reading, I want to make it known that this is a subject I have particularly strong feelings about. It’s where two of my passion (cooking and science) really come together and where one of my biggest annoyances (consumer ignorance an misinformation) tries to butt it’s way between them. With that in mind please share this and let me hear your thoughts and comments. I’m going to try to keep this short, but would also like to go more in depth if I get a lot of feedback about it. So, lets begin.

Ask most people about GMOs and they will have some scary things to say about them. They’re less nutritious, less flavorful, bad for the environment and cause defects in our bodies! Surely a product like this can bring us only bad things. Because of this, many people feel they should be made illegal. And I agree, a product with so many negative effects on us should be illegal. However, are all those things true?

First of all, we should know what GMO stands for. It is a Genetically Modified Organism. Though this term is often used for food, it actually covers any organism (like those glow in the dark goldfish!). So to specify some people use the term GMF (Genetically Modified Food).

Along with that we should also know why people use GMFs in the first place. Well that’s simple. GMFs look a lot better on the shelf. That’s the first and most obvious one, and is the one usually attacked by organic supporters. But we will see there are a number of reasons GMFs are being produced.

“Organics are healthier for us!” I’ve heard it a thousand times. They sound healthier. Organic is natural, it’s life, it’s a thing of beauty! But stop and think about it for a second.What makes the GMFs look nicer? What gives them the color, what makes them grow bigger? The same things that make us grow bigger, or have beautiful glowing skin and perfect hair. Nutrients. It’s that simple. Despite popular belief, GMFs contain on average more nutrients than organics . They look healthier on that shelf because they are healthier.

Nutrients do something else in food though, and that brings us to the second popular complaint about GMFs. They don’t taste as good. Well here’s some news. Our body is designed to enjoy the taste of things we need to survive. When we bite into a genetically modified apple loaded with the vitamins, minerals and sugars our body needs, our taste buds light up and want more of those things!  Even in blind taste tests, people prefer GMFs to organics (try it with friends and family some time, I have. It’s fun to see people who love organics choose the GMFs).

Okay, but what about the environmental effects? Natural is best! Not always. The agriculture industry does more environmental damage than any other. Though the land may be healthy and have plants on it, it destroys forests and fields, creates monocultures and harms the local fauna. And we’re quickly running out of land to use. GMOs are modified to resist disease, drought and many other things which effect crop production. Better production means less land, water and energy is needed. As well, with larger kernels of corn, or bigger muscles on a cow, there is a higher food to waste ratio. Again, that means less needed. There is however always concern about herbicides and pesticides. Surprise! Despite popular belief, organic farms do use these chemicals. What’s more, the “organic” pesticides are probably more harmful to the environment. And with better pesticides of course comes higher production.

I know those of you who support organics are now saying “Okay, but they’re genetically modified. Big companies are putting all sorts of dangerous chemicals into our food just to get this desired result.” Well, in a way, every living thing on Earth is genetically modified. Natural selection allows favorable, strong genes to be passed along while allowing the weak undesirable ones to die off. This is exactly what happens with GMOs, the only difference is that human do it in a lab. It is simply a process of sorting through an organism’s genes, and replacing the ones we don’t want  with ones which benefit us better. This is something farmers have been doing for generations. Sugar snap peas are actually a cross of green peas and snow peas. Why is it so terrible when the same concept is done more efficiently with technology?

My final beef with organics is the cost. The farmers’ lower yield must be offset some how. The is done with higher prices for the product. I think I’ve shown that GMFs are superior products, so why would I pay more for something not as good? Organics have done a great job advertising to change minds, but they can’t change facts.

When you actually take the time to look into this debate, and familiarize your self with the facts vs. the myths, it’s plain to see that GMOs are not only the way of the future, but a vital part of it. Even some people who were once against them have changed their minds after seeing the process and benefits first hand. In my opinion as both a cook and a mind of science, as far as food goes there is no better way to do more with less. So stop looking for the latest buzz words in your groceries and start looking at the scientific facts behind them. I’m sure you’ll find you’re happier, healthier and a little bit richer.

One thought on “Humbug! Organic and GMO Foods”