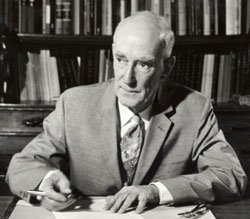 “Does the fact that most of us know the names of mass murderers, but have never heard of Jan Oort say anything about us?”

Those who keep up with my blog may recognize this quote from an earlier post I made. It’s one which has resonated with me since the first time I heard it. The amount of attention and fame criminals get, while those making scientific advancements are ignored has always bugged me. So I’ve decided to do a series of short bio titled “Bro, Do You Even Science?” so we can all learn a little bit more about the people who have shaped the technology and information around us. And who better to start with than the man in the quote, Jan Oort?

On April 28, 1900, in the Dutch town of Franeker Jan Oort was born, the second of five siblings. Though his father was a  physician, both his parents came from families involved with the clergy. While his mother stayed somewhat involved with the church, it was reported Jan’s father had very little interest in it.

Through adolescence Jan was inspired by science fiction writer Jules Verne and in 1917 began studying physics at Grangen University. After learning under Dutch astronomer Jacob Kapteyn, Oort decided to purse astronomy as his main field of study crediting Kapteyn’s personality and passion for the subject.

Upon completing his final exam in 1921, Jan was appointed an assistant at the university, but left the following year to carry out his graduate work at Yale. After being named a research assistant at Leiden University in 1924, and conservator of the observatory in 1926 Oort received his doctorate from Grangen for his thesis on high velocity stars.

In 1927 Jan Oort married Johanna van Roggen. They had two children, a son and a daughter, and were married until he passed away in 1992 (Johanna passed the following year)

Working from his mentor Kapteyn’s research, Oort formulated galactic rotation and from that was able to calculate our distance from the centre of the galaxy (about 30 000 light years), the time it takes our solar system to orbit the galaxy (about 225 million years), and proved that the stars closer to the centre of the Milky Way orbit faster than those further out. This became known as differential rotation.

Though the early 30’s saw Jan offered job at both Harvard and Columbia, in 1934 he took a job as assistant director of the Leiden observatory and was appointed general secretary of the International Astronomical Union the following year. In 1937 Oort was elected into the Royal Academy and 1939 saw him co-author a paper concluding the crab nebula was the remnants of a super nova.

The arrival of the Nazi regime in the Netherlands saw Oort leave all his positions and move his family to a secluded country home due to him refusing to collaborate with the invasion. However after the conclusion of World War II in 1945 he returned to Leiden as director of the observatory and professor of astronomy. In this time following the war Jan Oort headed a team in building a series of radio observatories and was able to use them in a lot of his research. He discovered that the clouds of dust near the centre of the galaxy are moving outwards at high speeds, his teamed was able to map the galaxy, and he showed that clouds of hydrogen acted as the birthplaces of many stars.

After all of this though, perhaps the thing Jan Oort is best remembered for today was his research on comets. Particularly, he hypothesized that there must be a giant system of asteroids orbiting at the furthest reaches of the solar system, beyond even the most distant known objects. This is now known as the Oort cloud.

From 1958-1961 Jan served as president of the IAU. And though he retired in 1970 from teaching, Oort continued his work, his last paper being published the year he died. Jan Oort was truly an inspired, dedicated and brilliant astronomer. On top of everything already mentioned he also discovered the galactic halo, found the first evidence of dark matter and won numerous awards. He passed away at the age of 92 after a long life providing the next generation of scientists some of the most vital groundwork for the discoveries they’d make. Tell your friends about Jan Oort, and maybe he can become more well known than all those mass murderers.