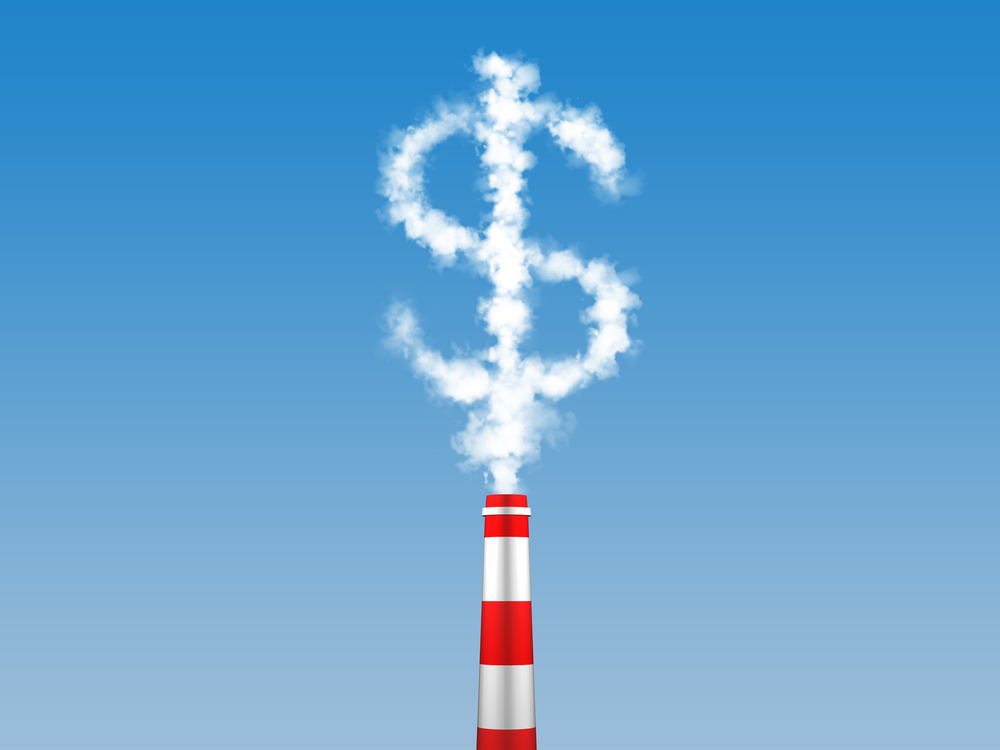 I think anyone who has read some of my blog posts know that I consider Billy Nye a bit of an idol and have, for my whole life, looked up to him. So it is hard for my to come face to face with the reality, that I have to disagree with him on the subject of carbon tax, at least in some cases.

To start, lets figure out what a carbon tax is. The name really does explain it well. It is a tax charged on the emission of carbon dioxide (CO2) into the atmosphere. In theory, it is a disincentive to continue using things which release large amounts of CO2 into the air, and an incentive to switch to products which do not. As well, the money gather from that tax would be put towards government initiatives to lower overall carbon emissions, things such as implementing electric or bio-fuel transit.

While the actual carbon tax system is relatively new to most people, similar systems have been used before. In the early 2000’s carbon credits became the fad. The idea was for people to buy these imaginary credits which would be equal to the CO2 they personally produced. A great thing to see people taking responsibility for their actions right? Well yes, but how much good did they do?

In reality the carbon credit system was a let down. Average people were guilted into spending more money, while large polluters were under no obligation to take part in the first place and often didn’t. Those who did usually used them as a PR licence to pollute. A small fee (which was tax deductible in some places) in exchange for the ability to claim they are “being green” while not actually reducing carbon emissions in any way.

To make matters worse, the whole system was very loosely regulated. Most carbon credit systems were run by private companies with little to no accountability. There were those who made good use of the money, putting it towards environmental initiatives, but there were also those who were questionable about it at best. Many people quickly discovered that the carbon credits they had bought were nothing more than an imaginary system from a company which simply kept all the profits.

I’m happy to say that the carbon credit fad seems to have passed over for the most part. But something new is on the horizon. Those of us living in Ontario have not gone a day over the past few months without hearing about carbon tax. For those of you out of the province, or who have been living a carbon neutral life under a rock, the provincial government of Ontario has introduced a tax on carbon emissions, which is seen by most people in home gas bills and the price of gasoline.

One of the main complaints about this plan is how consumers are being charged on their natural gas bills. While other carbon tax projects have shown the tax on it’s own line (much as every other tax is shown on a bill), the Ontario government will be including the added cost as part of the “delivery” line. This leaves many people questioning exactly how much they are being charged for the new system. It leaves a feeling that numbers could easily be skewed without anyone noticing.

However, that is far overshadowed by what I think is the biggest issues with Ontario’s environmental plan. The “tax on tax”. It was revealed that this carbon tax, will be its self subject to the already existing HST. Before the introduction of the HST, the total on a bill would be taxed with PST, and then that same total would be taxed with GST. Those would each then be added onto the original amount. Two taxes, each being charged to the original total. The carbon tax will be different. The original total will first be charged the carbon tax, which will then be added to the bill and that total will then be charged the HST tax, hence the “tax on a tax” nickname.

This is what has left the most sour taste in people’s mouths. This makes it clear that while it may also do some good, its mainly a grab for more money. Yes, the carbon tax its self is to be spent on environmental initiative such as retrofitting buildings to be more energy efficient. This is a good thing. However, trying to combat climate change is not an excuse for a government to increase its own revenue by artificially inflating its taxes.

I strongly feel that climate change is our generations greatest challenge to overcome. In theory carbon tax is a great thing and could be the deciding factor in saving our climate. Bill Nye is one of the most outspoken advocates for this idea. But as much as I want to agree with him, I personally think it also has a lot of holes in it. Obviously I want to do my part to help, but in a society where money is generally tight, people can’t afford to make the choice between going green or paying more. I would love to get an electric car! And though in the long term it would prove to be a good investment both environmentally and financially, I don’t have the initial funds to make that investment right now, and charging me more for gas is only going to make that more difficult. This is the situation for a lot of people right now.

But what if a carbon tax didn’t end up costing people more? What if, just like we’re offsetting out carbon emissions, we could offset the extra cost? This could be a reality, and for some people it is! A few years ago British Columbia beat us to the punch. It introduced one of the first government carbon taxes in North America, and it’s working. The biggest difference between BC and Ontario? BC is using the carbon tax to lower people’s income tax. While here we’re being pushed to find green alternatives just to keep our current cost of living, tax payers in BC are being encouraged to find green alternatives to actually lower their cost of living.

Brandon Schaufele of Ivey Business School found that because of the income tax reductions, overall people are essentially paying the same amount. This means that by reducing their carbon footprint BC residents are both saving on the carbon tax and saving on income tax. This makes it much easier to save money to make those changes happen.

Not only that, but by taking the initiative, BC has giving it’s industries a jump on the competition South of the boarder. BC farmers have already had the chance to adapt to the tax and are now working at average costs and keeping up with competition. In the US, both Washington and Oregon are looking at implementing similar taxes. This means that while they try to figure out how to keep their costs down, farmers North of the boarder will already been working cheaper and more efficiently.

Change has to be made for us to at least slow the process of global warming. Canada, and especially Ontario should be proud of our history of environmentalism. The University of Waterloo is currently in the final round of Elon Musk’s Hyperloop competition trying to create a cleaner and more efficient means of travel. In 2014 Canada was able to stay lower the US, China, EU, South Korea, Iran, Japan, Germany, India and Russia in CO2 emissions (though our per capita output was not as good), and in 2005 we became the first ones in North America to ban coal burning electricity generation across the province. We clearly mean well and want to preserve our environment. But this money grabbing excuse by the current government is not the way to do it. It will only ended up costing tax payers more, making it harder for them to afford the green changes we need. but possibly even worse it’s going to build animosity and anger towards the environmental movement, setting us back even further.

I know some people reading this are strongly opposed to the carbon tax. And if it’s not done the right way, I am too. But I’m asking you all to not let this discourage you. It can be done right, and we can all move towards stopping climate change without having to give up the luxuries we have.